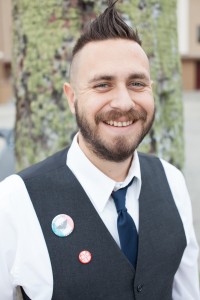 Back by popular demand! Come showcase your latest work or vote for your favorite performances. The audience reactions will decide the winners for this event, with gift cards for the winners. Poems can be memorized or read off of the page. Poets must read and/or perform their own work. No fee to enter, no previous experience necessary. All styles welcome, public is welcome and encouraged to participate and attend. Sign-up sheet will be available at the door. ! Poetry Slam! will again be co-hosted by Matt Sedillo. Matt Sedillo is a two-time national slam poet, grand slam champion of the Damn Slam Los Angeles 2011 and the author of For What I Might Do Tomorrow published by Caza De Poesia 2010. His poetry has been published in anthologies alongside the likes of such literary giants as Amiri Baraka, Lawrence Ferlinghetti, Jack Hircshman and Luis Rodriguez. Sedillo writes from the vantage point of a second generation Chicano born in an era of diminishing opportunities and a crumbling economy. His writing – a fearless, challenging and at times even confrontational blend of humor, history and political theory – is a reflection of those realities.

Sponsored by the Artists and Speakers Series at Cal Lutheran.